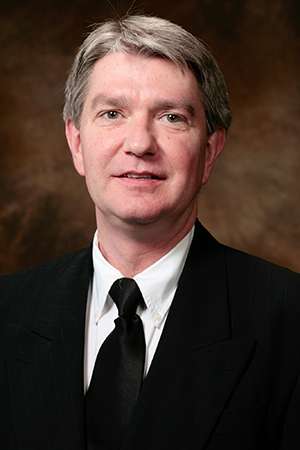 Patrick Parkerson was born in Mena, Arkansas and raised in Fayetteville Arkansas. He received his BSEE(Honors), MSEE, and Ph.D. from the University of Arkansas. He was a Texas Instruments Graduate Fellow while working on his MSEE. In 1982 he joined Texas Instruments Central Research Laboratories (Dallas, Texas) where he worked on nonvolatile memories. While at TI, he also worked on the design of a VHSIC 1750A microprocessor and developed CAD software for other IC design engineers. In 1985 he joined Fairchild Semiconductor (South Portland, Maine, now part of National Semiconductor) as a Senior Design Engineer and designed ECL and TTL integrated circuits. In 1988 he joined Applied MicroCircuits Corporation (San Diego, California) as a Senior Design Engineer and worked on high speed ECL/mixed signal integrated circuits, including ASICs and custom ICs.

He joined the University of Arkansas in 1990 as a member of the research staff supporting research programs with the United States Postal Service. He became a Research Assistant Professor and the chief design engineer at the High Density Electronics Center (HiDEC). In 1999 he joined the faculty in the department of Computer Science and Computer Engineering. In 2005 he was promoted to the rank of Associate Professor of Computer Science and Computer Engineering. He also is an Associate Professor of Microelectronics and Photonics and an Adjunct Associate Professor of Electrical Engineering. Areas of interest include IC, ASIC, and CPLD/FPGA design, design methodologies, integrated passive components, electronic packaging design, and electronic circuits for space and aerospace applications. He has two patents, and 52 publications.