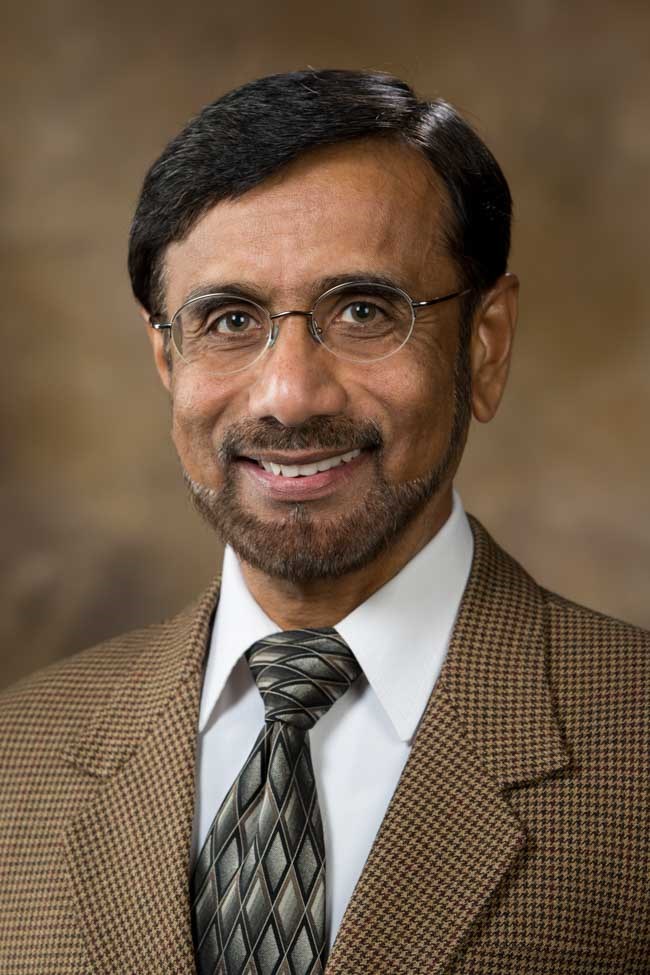 Hameed A. Naseem is currently a Professor of Electrical Engineering at the University of Arkansas, Fayetteville. He joined the University in 1985 as an Assistant Professor. He was promoted to the rank of Associate Professor in 1990 and Full Professor in 1995. He established the Arkansas Advanced Photovoltaics Research Center at the University and was among the key faculty involved in the establishment of the High Density Electronics Center (HiDEC). Dr. Naseem received his B.Sc. (Hon. School) and M.Sc. (Hons. School) Degrees in Physics from Panjab University in Chandigarh, India. He received his M.S. (Physics) and Ph.D. (Materials Engineering Science) from Virginia Polytechnic Institute and State University, Blacksburg, in 1980 and 1984, respectively. He worked as a Postdoctoral Research Associate at Southern Methodist University, Dallas, in 1984-85. Dr. Naseem has received numerous teaching and research awards including Texas Instruments Outstanding Faculty Award (1996), Haliburton Outstanding Teacher Award (1992), Philips Petroleum Company Outstanding Researcher Award (1994) and Arkansas Academy of Electrical engineering Outstanding Faculty Award (1988, 93, and 96). He is a member of Sigma Pi Sigma (Physics Honor Society), Eta Kappa Nu (EE Honor Society), and Phi Beta Delta (International Scholars Honor Society). He has been a state and national merit scholarship holder throughout his college and university tenure. In 1978, he received the International Atomic Energy Agency (IAEA) Fellowship to participate in a Solid State Physics Workshop at the International Center for Theoretical Physics, Trieste, Italy. He was awarded University Grants Commission (UGC) and Council of Scientific and Industrial Research (CSIR) fellowships to pursue post-graduate research in India. He has published over 100 research papers in refereed journals and proceedings. He has also given numerous invited papers at national and international conferences. He has received three U.S. patents and several are pending.